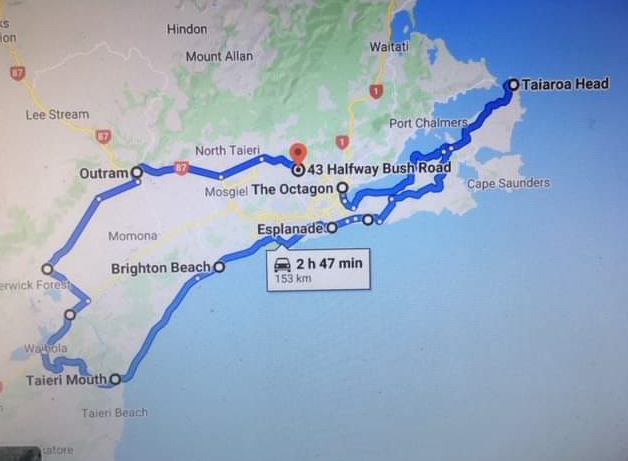 There aren’t many of us Scooter riders in the deep south, so when the opportunity to mix with other like minded individuals arises, we tend to go and have a look.

The Otago Vespa Club and the Canscoot Club from Canterbury were interested in having a get together and organised a days riding around the Otago area.

The Southland contingent and the Canscoot ones stayed at Mackies hotel in Port Chalmers. The rooms were well priced and clean with good amenities and close to cafes and eateries. Wayne and his family made us feel welcome, with the place having an “old school’ friendly vibe. He organised some off street parking and we were treated to complimentary friday night savouries.

OVC was well organised and the ride was well thought out with interesting stops along the way. Robin and Tina were awesome hosts and provided the cups of tea, scooters and scones and made us very welcome. Robin showed some old footage of the OVC at the Alexandra Blossom Festival and other places during the 60’s and 70’s. Our hosts also orginised a table at a restaurant in town that night for tea. Robin has a wealth of knowledge about anything Vespa and is a very handy man to know.

The weather gods played nicely, the riding was great and the company was fantastic. We were lucky enough to spend some time with the Canscoot ones at the hotel and local cafes and from all reports a good time was had by all.