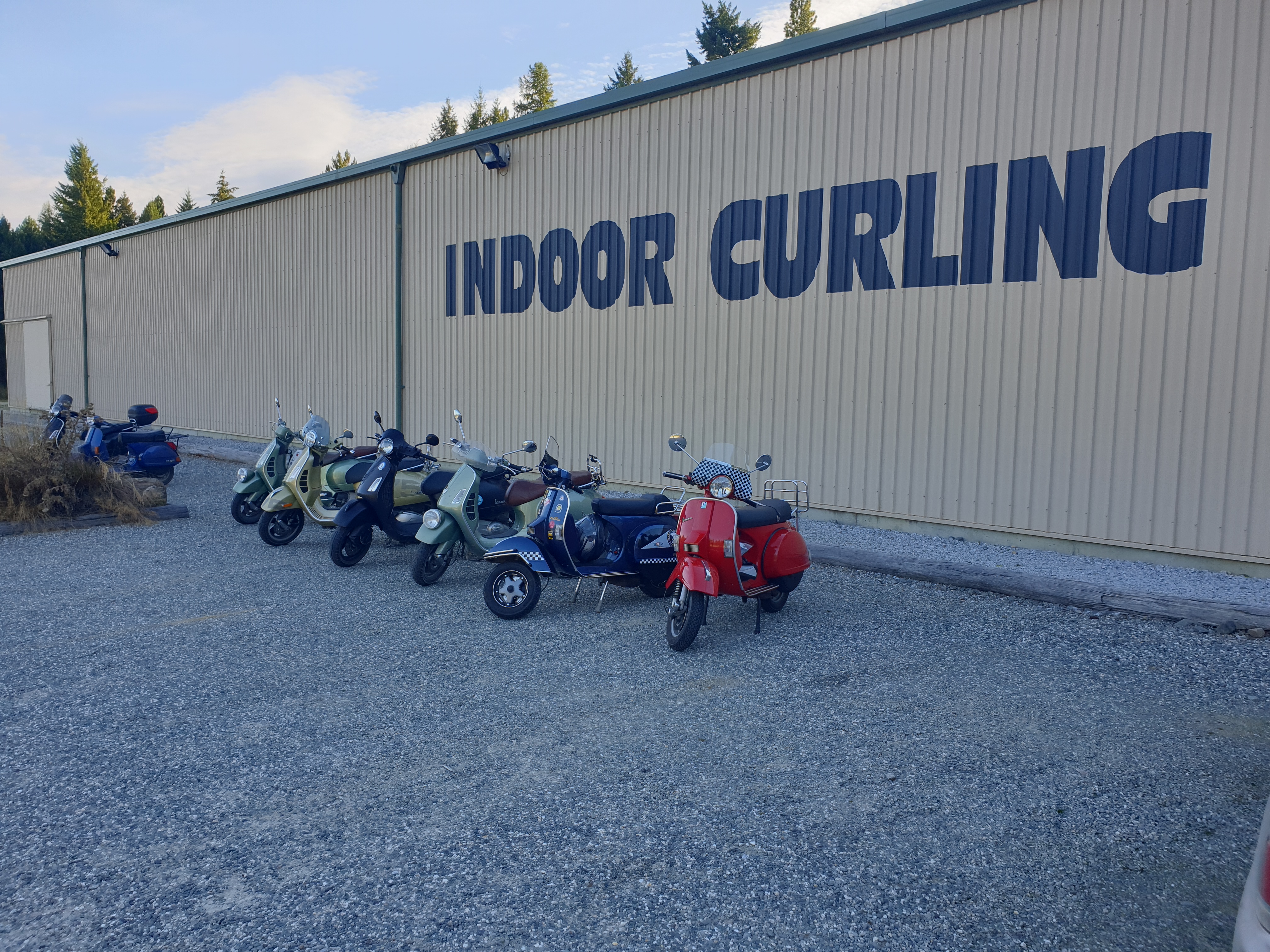 Naseby is a small town, formerly a borough, in the Maniototo area of Central Otago, New Zealand. It is named after a village in Northamptonshire, England.

Canscoot were organising a ride down the west coast and had put forward a Curling challenge for interested scooter riders. This was quickly changed into a 2 stroke classic scooter versus, late model 4 stroke filthy automatic scooter competition, on ice.

The three amigos from the deep south, were keen for the challenge, organised a cabin at the Naseby Holiday Park (Larchview) and headed up to Naseby. After an awesome day for riding the 370kms up there, the only issue was a broken clutch cable. This was quickly fixed at the camping ground before the Canscoot crew arrived.

After some lessons and a practice session at the Curling, the classic 2 stroke riders proved to be the most Curlier and were victorious. After the Curling we had a great meal and caught up with the Dunedin contingent, who had rode up after work, at the Royal Hotel – Restaurant & Bar.

After breakfast at the Maniototo Cafe the ride home was also in great weather although it was quite windy. With a detour through the Ida Valley, a puncture at Omakau and then the Moa Flat ride back to Gore from Ettrick the riding was great.

Sadly, at about Edendale, the wind really picked up and parts of the ride home were “perilous” at best.

Get in touch if you have a vespa or classic scooter and are keen to ride them.