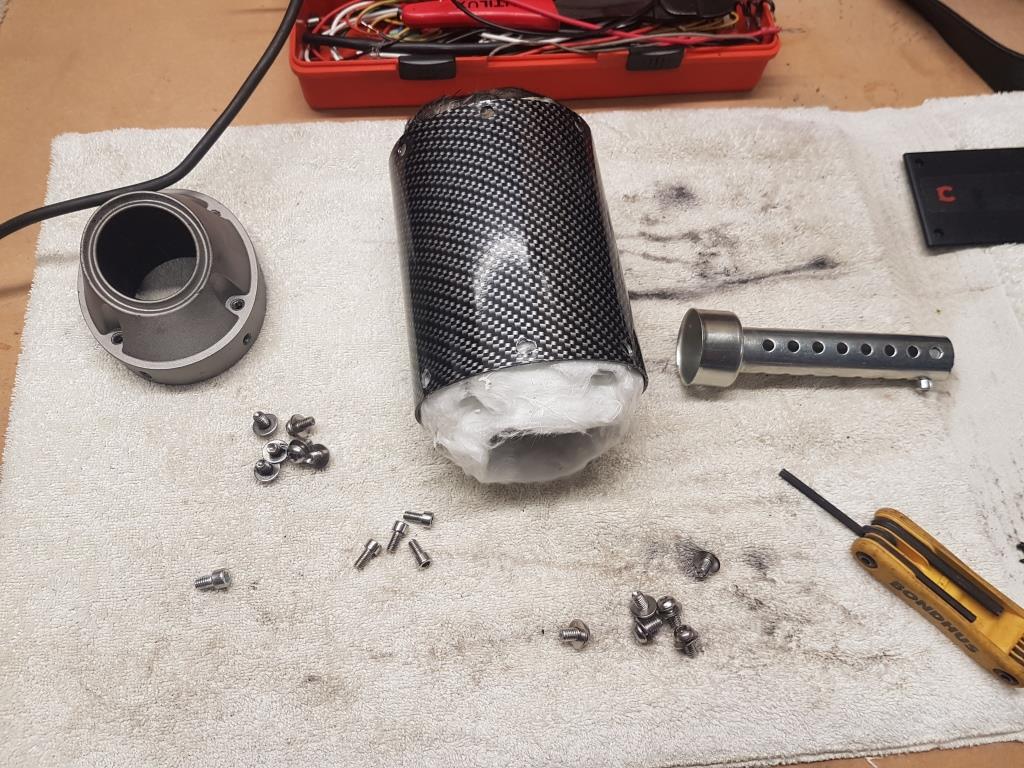 Image 2 of 8
The exhaust was originally an EBay purchase and didn’t have baffle in it but was priced right and looked good. I found a baffle on Trade Me but it wasn’t quite the right internal diameter size but was close enough to see if it would work or not. Installing it was straight forward but a little fiddly and hopefully it will last for some time.