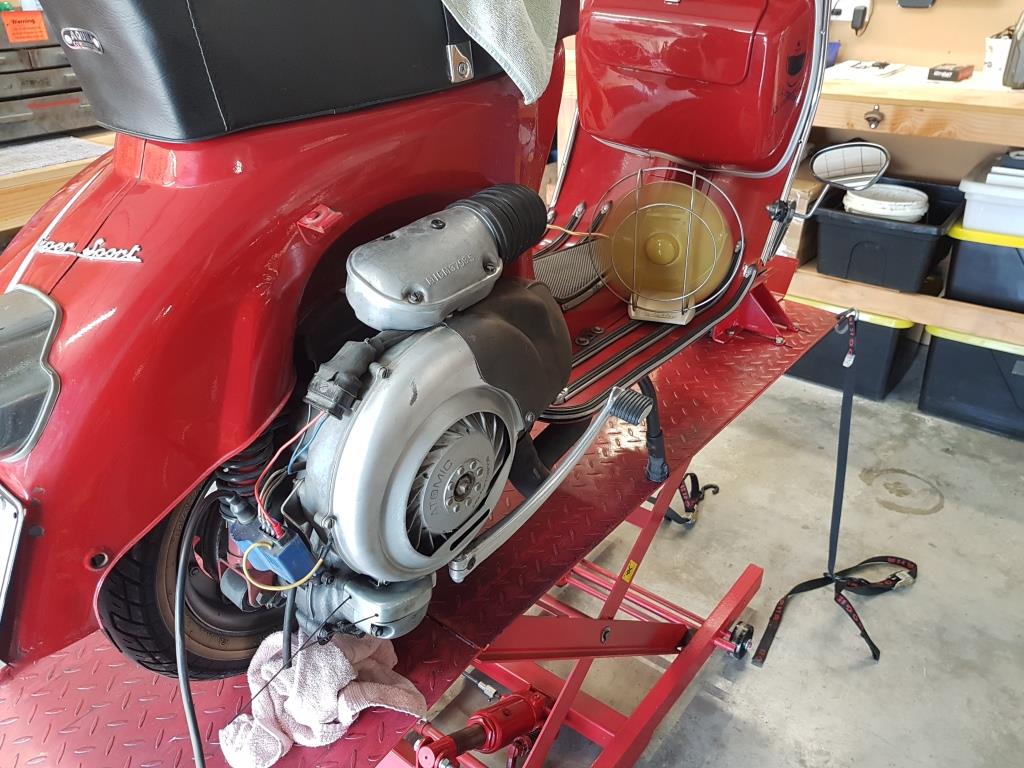 I upgraded the original points ignition system on the SS180 quite some time ago but havn’t made too many changes to it since then.

The lighting has been great and other than a pickup failing, the rest has worked very well.

It was one of the hottest days we have had for ages, so I went to take the bike out for a ride and it wouldn’t start – it tried once and then packed it in. How many times will your scooter not start when you have all your riding gear on and its either stinking hot or raining and blowing ?

If you own an SS180, then you probably know that the starting technique on some of them is different when cold and when hot. When cold, my one needs the choke and generally starts on the 2nd or 3rd kick. When hot, you need to open the throttle to full on and it will start in about the same amount of kicks. If you leave your petrol tap on, then you may get an exhaust full of fuel and you may need to go and have a cup of tea before you try to start it again.

After checking all the things you do and taking the plug out and checking for spark, I found that there was none. I had already changed the pickup a while back and started there by soldering a new one in – still no spark. I had got the Atomic Ignition kit, originally from Scootrs but it had since shut down – bugger.

As luck would have it I was in the middle of building a new PX200 motor and after examining the stock PX stator and the faulty Atomic one, they both looked the same to me with the same number of coils and wiring.

The PX  one bolted straight on and 2 kicks later we were away.