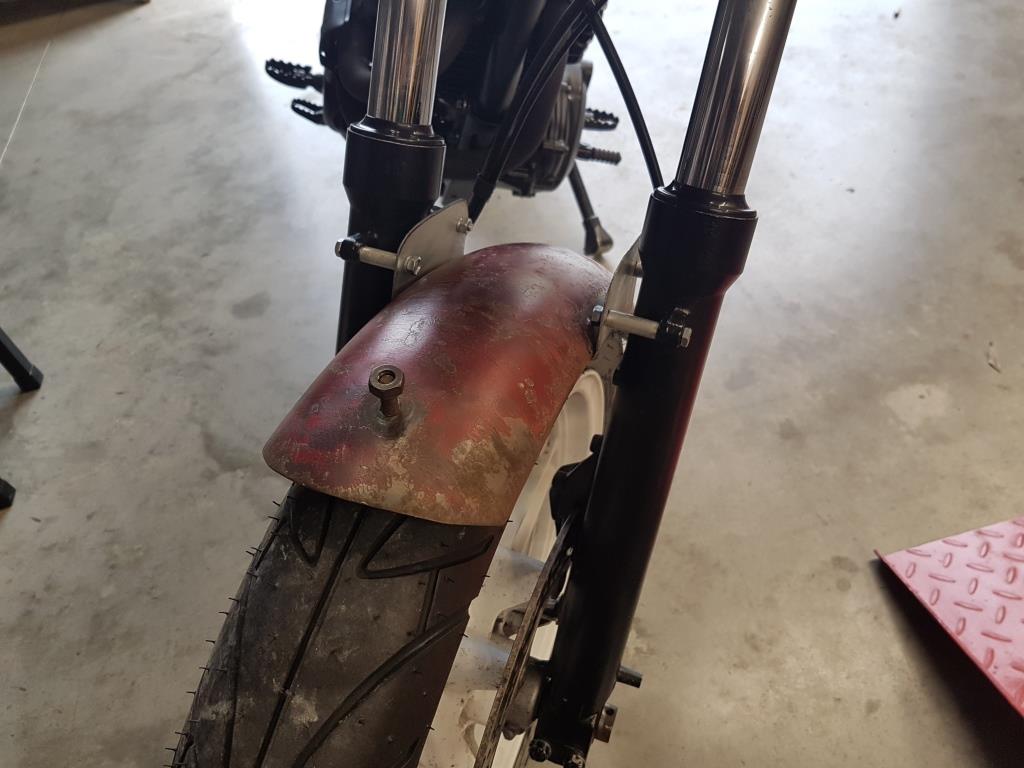 Image 2 of 5
As the project has evolved, the stripped down look is fine but a little impractical, when living in an area, where inclement weather can happen at anytime. I have seen a lot of other similar projects without mudguards and have always wondered what they would be like to actually ride in the rain.