So after a bit of hoisting with some rope and pulleys we have managed to get Elsie the Lambretta into her new spot in the shed where she now has Sally the Skelly for company. For an incomplete scooter its quite heavy and an ungainly thing to lift to a height, by hand.

With the addition of some chains and hardware from E Hayes and sons, the best hardware shop in the country, she is now safely secured.

In a perfect world, finding an engine, fuel tank, right side panel, wheels, floor boards and various other bits and pieces would enable me to restore this eventually, however Elsie the Lambretta should remain relatively rust free in her new environment and may be joined by another wayward scooter. 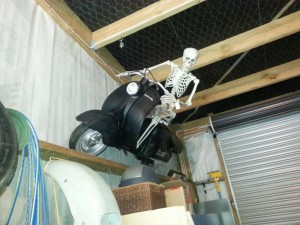 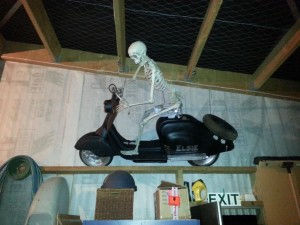 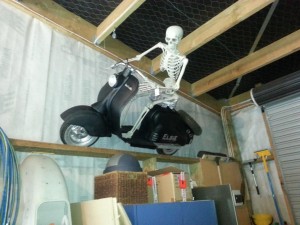