I had tried another tank off a Yamaha SR250 that a friend had loaned me and it looked good but didn’t fit and wasn’t going to fit without modifying both the tank and the frame. I then found a tank on Trade Me that was off a Honda CB900F that was in great condition, cheap and had a huge tunnel. It actually fitted really well and looked good but was just too long for the frame. A tank off another project, a Suzuki AX100, was next on and it looked very good and fitted well but was just too short and will be needed for the project anyway but it gave me a good idea of what I was actually looking for. Eventually I found another tank on Trade Me that was off a Honda (not sure of the year but maybe a mid 70’s CB road bike). It was in rough condition with a couple of dents but complete and had a large tunnel similar to the CB900F. It fitted straight on, looked good and I was able to make a new front mounting point out of some threaded bar and four nuts to use with the original rubber mounts to get the bottom of the tank reasonably level. 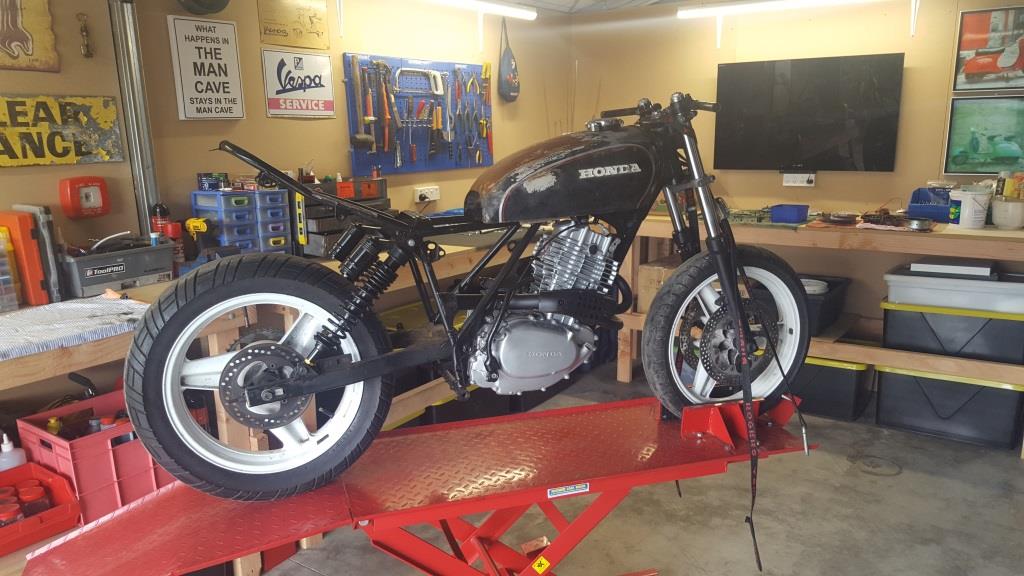 Image 1 of 9
There is still quite a lot of work to do on the “new” tank as it will need to be stripped and rust treated inside and either painted or maybe wrapped.