The Honda has had quite a lot done to it over the last 10 months and the wiring has changed a little bit along with a few other things.

Because it is kickstart only and doesn’t have a battery this has been a bit of a pain to get sorted out. I have ended up re-wiring parts of it, as time and learning what works and what doesn’t has gone by.

The only place for the wiring to really go was under the tank for this project. It took ages to track down a box that all of the wiring would fit into but eventually I found one at the local Jaycar electronics store. I ended up with three 12 way strip connectors that would fit in the box. I daisy chained small bits of wire on each side of the earth and the lighting power strips and attached the various cables to the other side. The third misc strip was used for switches, CDI and the alternator cabling and some 12v DC feeds from the regulator for the speedo. It took a bit of time to get it right and solder everything up but its at a point I can live with at the moment.

If I was to do another project like this I would have to consider the frame a little more carefully in regards to a wiring junction box and also a battery. 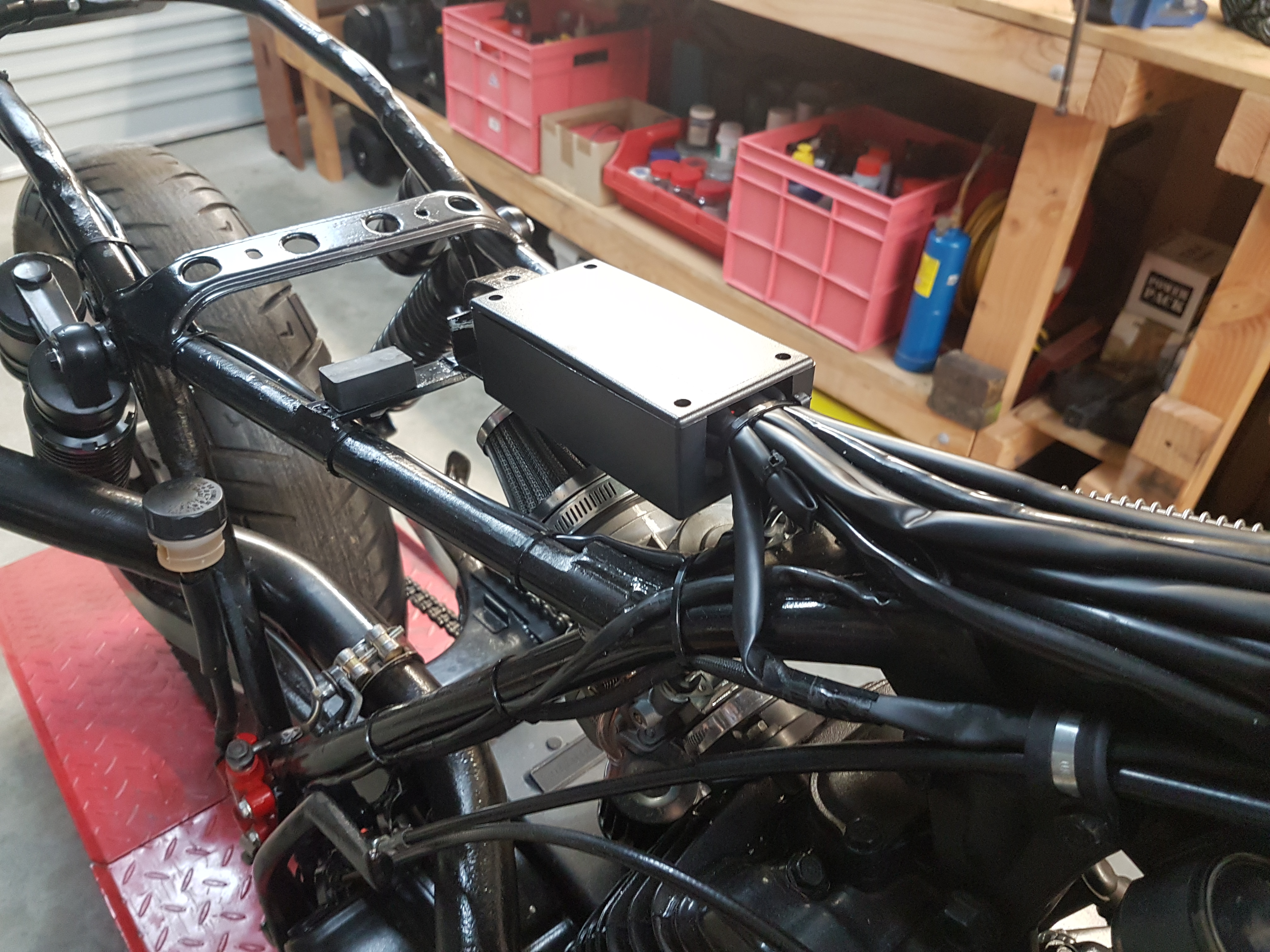 Image 1 of 5
The relay for the headlight and the sealed beam halogen headlight have been removed for a lower power LED bulb. It is just as bright but only uses a fraction of the power. To change the sealed beam unit meant getting another headlight inner with a different bulb fitting. I managed to get one that would fit into the existing headlight shell with not too much hassle. The reason behind this was the 65 watt regulator that I wanted to use was going to struggle with the wattage of the halogen bulb and the rest of the lights. Yes I could have just used another regulator but I had this one handy and wanted to see how it would go. Right now it works fine and all of the lights are working how they should but the horn isn’t as loud as it should be.

With the LED headlight and tail lights, I have discovered that at low idle the LED’s are “strobing”. It goes away as rev’s increase and is supposedly a by product of not using DC to feed them. I don’t have a problem with it as it makes it very easy to see in the daylight however I haven’t had the bike out at night, so don’t know what the light will be like yet.

The only thing not working is the rear bake light, as the stock frame had a switch which was activated by a spring off the original brake lever. After upgrading the rear brake to disc and mounting a master cylinder near where the switch was, this was always going to be tricky to sort out. while looking at some new front brake levers and master cylinder I found a Banjo Bolt – Brake Light Switch, online, which hopefully will do the trick.