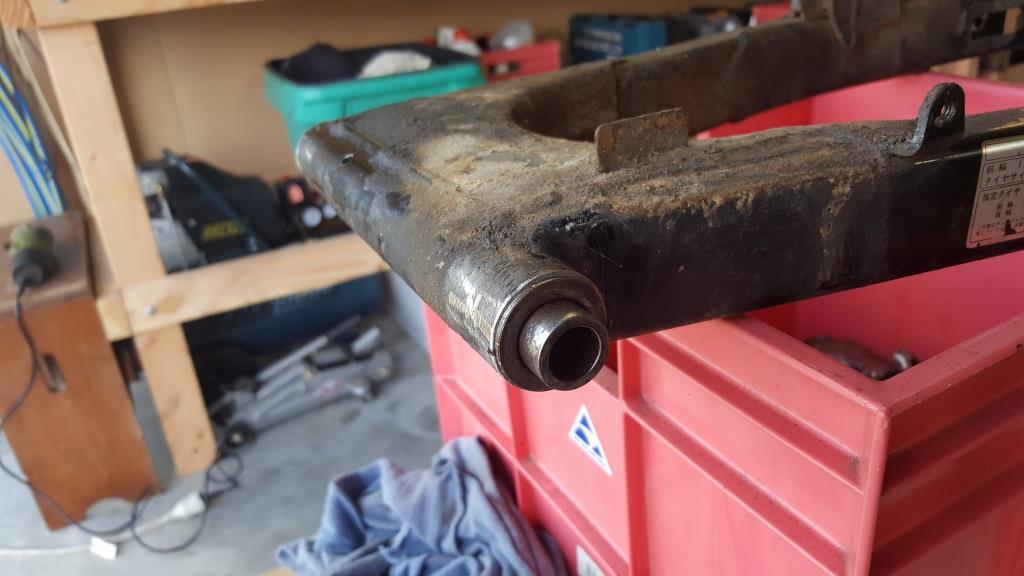 Image 1 of 5
One of the foot peg bolts was broken off in the frame so that proved to be fun getting it out but after heating it with a torch and using a large pair of vice grips it eventually came out. The new fork trees and the frame had to be fitted to make sure that everything was going to work, so when the frame came back from the engineer it was going to be pretty straight forward to get the forks installed and get a rolling frame set up. 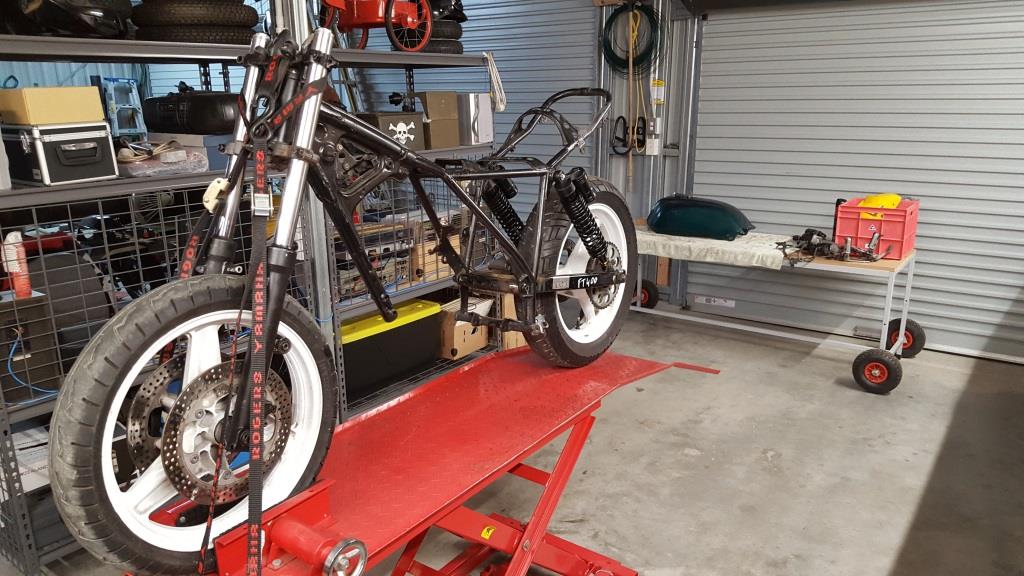 Image 1 of 9
Getting a rolling frame was important as the 497 cc engine is quite heavy and a bit awkward to move around and to work on. Also getting to this point has involved a fair bit of time and money, so It would be good if the engine will start and run. While all this was coming together I had been looking at petrol tanks on ebay and trade me that may fit the frame and look better than the factory one (that also didn’t have a fuel cap or tap).