After a bit of wire bushing and a bit of a clean Elsie is ready to go outside to the paint booth for painting. Good old matt black and silver should look OK. I masked everything up with some paper out of the printer as it was all I had out in the shed and took the body outside to the paint booth to give it a new coat. The original whitewall tyre I had for the front looked a bit sad so I pumped it up and gave it a silver coat and did the same for the rear one and they turned out not too bad. 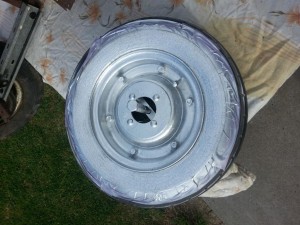 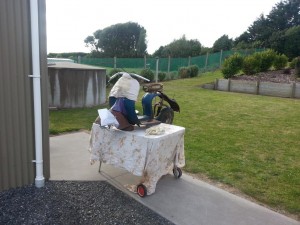 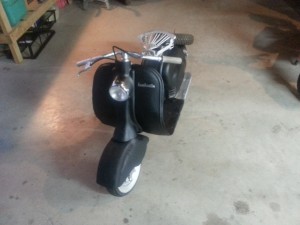 The paint on it is pretty rough up close as taking it to the sand blaster before painting it, probably would have disintegrated most of the back end and the sides of the body as they were very rusty. The new running board looks OK from a distance as does the old tail light I found in a box of junk. I had a couple of old spotlights that I got off Trade Me ages ago and found that one of them was the right size for the headlight and Ant had given me a chrome surround which looks great. I managed to clean the black paint off the Lambretta badge and it came up quite well. 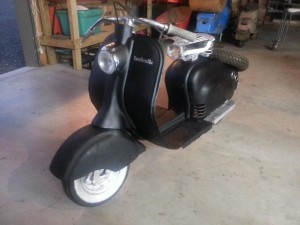 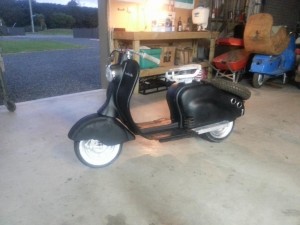 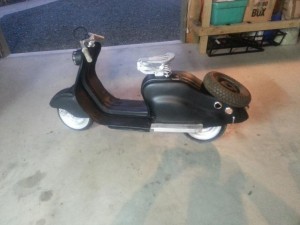 I found an old seat cover that would fit and I tidied it up but after putting it on decided that I quite liked the look of the seat as it is.

The next mission is to hang it up in the shed somewhere….