Another fantastic scooter event has finished and finally was located in the South Island. Sadly for some teams from the North Island, this years event was always going to be logistically challenging, however some would say the event was better with the fewer teams that came down to the mainland.

The roads around the sounds and down the west coast at this time of the year are just stunning. The earthquake damage to some of the possible routes that could have been taken were obviously a consideration for the event planners this year but yet again they got it right with some spectacular rides and scenery.

This year we entered a team in the tourist section, however we had some personnel changes that meant we only had 3 riders on the start line at Picton. TP had a break down on the way to the ferry on his Cosa and had to borrow a bike for the event – thanks to Mike from not a motorcycle shop for the loaner. Day one started badly with a breakdown 20 minutes out on my Bajaj and left the team down to 2 riders for the first stage. I was lucky that one of the other riders doing the route on a road bike stopped and we managed to fix the problem so that I could carry on and try and catch up with the rest of my team. Julian you are a legend.

Shaneo had a puncture by lunch time and his scooter was having some gearbox issues so his day one trip finished in the back up van. 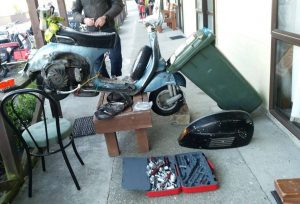 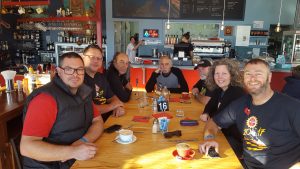 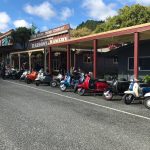 There were a few break downs on the rest of the trip for our team especially with the Bajaj spitting out spark plugs and the front hub getting a little off centre but after Shaneo had fixed his cruciform on day 3 that meant we finally had a complete team for the finish on day 4 at Picton.

Team Bellajabi won the trophy this year with a flawless display of riding and by all accounts rode fast and safely with few breakdowns. The Dicksy Chicks and Numb Nuts got first equal in the tourist class with maximum points and the Christchurch based team, Hole in One, were third in their first event. It was great to finally see a south island based team in the Moto TT and Mark, Dean, Steve and Julian may get the fever to enter a team next year and perhaps may attract more teams from the mainland.

If you are serious about scooters than you need to consider this event as a must do. The friends you make and the rides you go on are exceptional and for some of us its one of the things on our calendars that we really look forward to doing each year. It can be challenging logistically, physically and mentally and there is a real cost to it but if you want to meet awesome people riding classic geared scooters a lot further and faster than they were originally designed to go then this could be for you.

It is the only event of its kind currently being run in New Zealand.

The engine in the Bajaj has now done 3 of these events and it is starting to show its age and after completing the event with no front brake, the front end, an upgraded 10″ wheel and after market suspension, is overdue for a replacement of probably a PK/PX disc fork assembly and upgraded shock absorber. One of the Calvary riders had a blue Super with a similar set up in it so it’s probably the go in the long run. 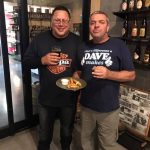 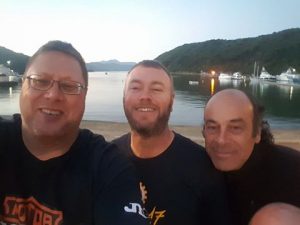 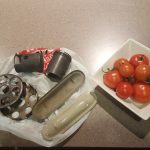 Some of the highlights for me this year were:

The Motoretta Tourist Trophy 2018 is supposed to be back in the North Island next year so if you are interested in participating get in touch with Christiaan from Retroscooter in Auckland. There will probably be a limit on entries so you had better be quick to enter and breakdown free on the road if you are in trophy.