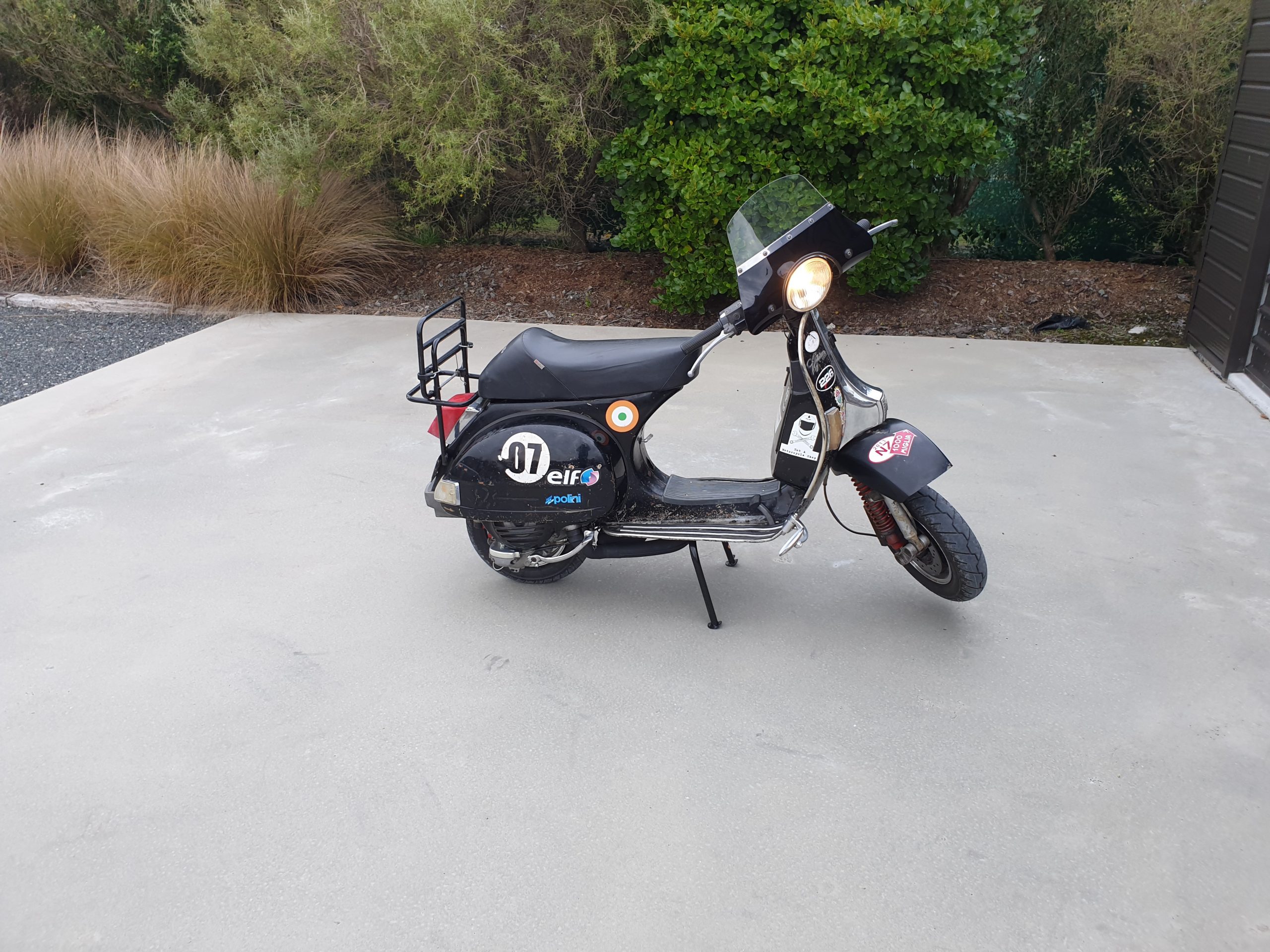 This Belladonna scooter has been in the wars and was purchased because of its pedigree and I liked the rough and ready look of it. Also the location was handy when planning scooter trips up north. The original 150 engine in it had been modified and the scooter could get along at 120kms on the motorway, which was a bit of an eye opener for me.

I eventually got it home and started fixing the little things that needed done to it and making it more to my style of road riding. I decided to change the motor to a modified PX200 engine similar to my Blue PX. My first Pinasco 225 build went well and the engine made good power with the stock 24mm carb, 60mm BGM crank and a BGM big box exhaust. It did have a lot of compression but the 1.5mm squish was correct for that kit.

I upgraded a few things to get it sorted and luckily had the majority of parts from other scooters in the fleet or in the spares cupboard:

It took a while to get everything sorted, mainly with the engine swap from a LML cased, reed valve, fuel pumped Quattrini engine with a Mikuni carburettor and a Lincoln Shaw programmable ignition to a standard kitted PX200 Pinasco engine, wiring and cabling.

The trip to Whanganui and the ride out to Waiouru went well but a loose carburettor box eventually stopped it on the side of the road. Simon “the scooter rooter” just happened to be riding it at that time while I was piloting his mint GS160 and evading goats – yes, two large hairy black and white things that just ran out on the road in front of me. My initial thought was, he’s not going to be happy with me binning his scooter, but for some reason they just ran in front of me and off into the bush on the other side of the road.

I eventually caught up with some of the riders gathered on the side of the road looking at my scooter. Bugger. Thankfully Simon wasn’t hurt and that’s just part of scootering as far as I am concerned.

Luckily we had a breakdown vehicle and managed to get the bike back to the hotel and enjoyed the local bars and restaurants for the evening.

Lets be safe out there and enjoy your riding.