Scooters made in the 1950’s had different frame styles and engines than the more recent scooters. To differentiate them from 60’s and later era machines they have the following physical attributes: 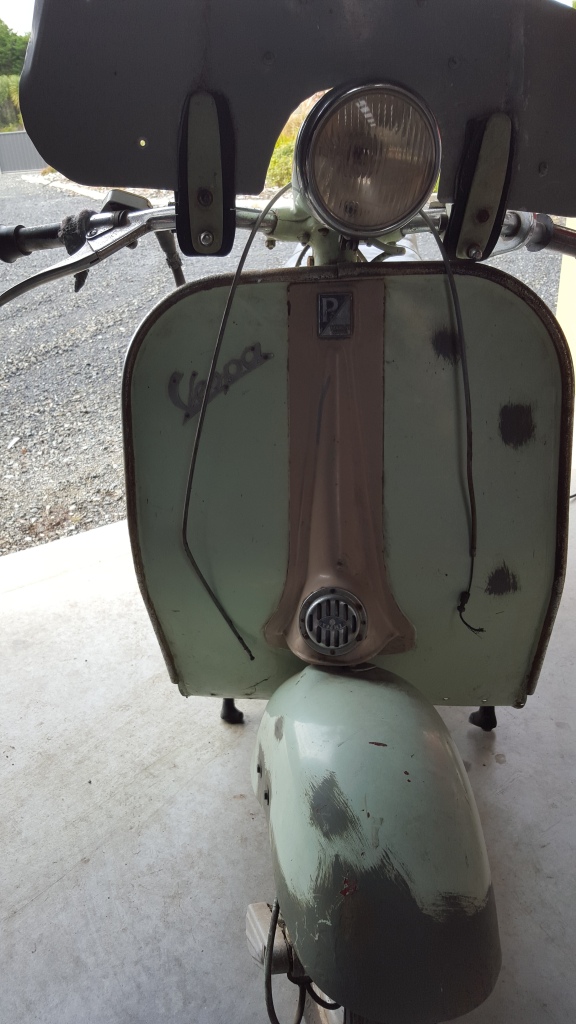 Image 1 of 31
This Douglas Wideframe scooter came with some other bits and pieces from a local Invercargill man called Rex. He had advertised on Trade Me looking for a cash sale – not an auction, for his cack (thats scooter stuff mum) and had some photo’s of the scooters and parts.

Everything had been in a spare room for 8-10 years with the intention to “do them up” but time and life changed his circumstances.

I’m not sure what I will do with this at the moment but if your interested, read on. It might be worth “doing up” or just reassembling it and getting it going or maybe even selling it as is.

Its a good project either way for someone.