Scooters made in the 1950’s had different frame styles and engines than the more recent scooters.

The Douglas 92L2 has been moved since its original purchase 6 years ago and has sat patiently waiting for some work to be done. I put some new wheels and tyres on it and started the reconditioning of the engine. I wanted to retain the old piston porter engine and just needed some time and parts to get it going but as time goes by and you eventually collect more scooter stuff the plan can change accordingly.

I really like the basic look of this scooter and the paint job is still in OK condition, where you can see it. It had some rubber strips glued to the floor which just retained the moisture and were a real rust trap, however I’m not sure what to do with whats left behind as heating the glue to remove it just takes the paint off as well. 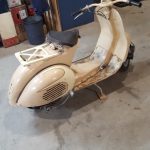 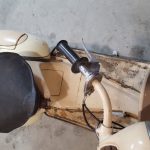 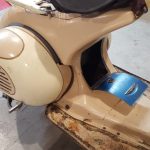 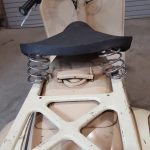 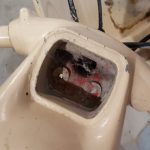 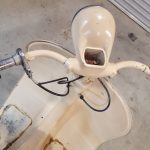 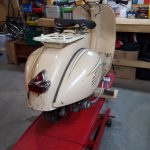 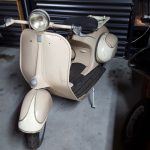 So the plan is to now: