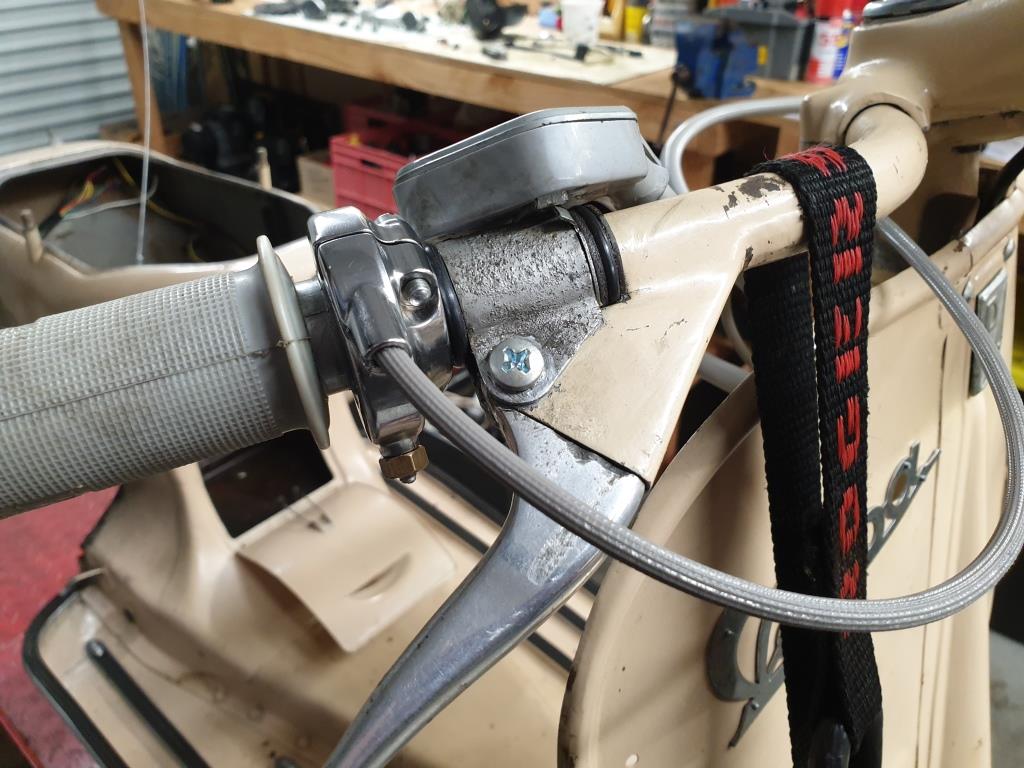 Recently I discovered how the Douglas scooters were numbered. I had been told the scooter was a 42L2 but after some internet searching and comparing serial numbers with known scooters, I was able to figure out a rough guide as to the dating of the scooters. My serial no starts 028XXXXX, which if my guide is right, dates it at February, 1958 or a 92L2.

This information is also available from the Veteran Vespa Club of Britain. The frame serial numbers are stamped on the right hand side of the frame just above the engine. The engine number is stamped on the rear of the crankcase adjacent to the rear shock mount. The frame and engine numbers usually match but there will be some differences around the place.

I went to take the 92L2 out for a ride before the onset of winter. It started up and ran fine for having sat for a while but wouldn’t change into 3rd or 4th gears. It sat for a while until the “Covid 19” thing happened and I was then able to have a look at it. The original PX gear selector, had a scrape hole in it, and it leaked oil. I replaced the cables and the selector with an LML branded one but for some reason this didn’t work very well either.

Different forums had mentioned the PX150’s were a little particular about what gear selectors worked and what clearances were needed. My LML one wouldn’t work full stop. I had another new LML one but that didn’t work either. With the selector on the engine, selecting first was fine but getting the selector wheel to move past neutral was hit and miss while 3rd and 4th weren’t happening.

In the end, I took one off one of my PX200 engines and it now works great.

The original throttle was always a bit dodgy, mainly because it was worn out and the cable was also a little too short for the 24mm carb on the PX engine. A friend had a spare one and after running a new longer cable and getting the hand grip sorted, it now works much better.

Hopefully we will get some good weather soon, to get out and test ride it.